If you don't know him already, don't worry he'll be a household name soon.

Whether you've followed the Joyner Lucas and Tory Lanez beef, or have no idea about the build up, diss tracks, and abrupt end to the beef, this is all you need to know... Joyner ended Tory Lanez.

In classic 2018 style, the beef was started through Instagram by Tory calling out Joyner for not being on his level. What followed quickly was a rap battle request by Joyner, and two freestyle diss tracks that absolutely bodied Tory Lanez.

The first one was a freestyle off of the 'Litty' track from Meeks DC4 album featuring Tory Lanez. Just like any rap battle there were personal jabs, but the main take away from the first diss track is the emphasis on what each artist brings to the table.

Joyner breaks the ice by separating the two and their styles, roasting Tory for being more of an R&B artist than a rapper and should watch the battles he picks, and stay in his lane. Nothing wrong with R&B, but Joyner is a lyrical genius and knows he can lyrically murder an artist like Tory Lanez on a beat.

Joyner goes further into distancing the two as not being on the same level by pulling out his comparisons to great rappers like Eminem and Method Man of Wu-Tang Clan, he also dishes out jabs in the process saying the world doesn't need another Drake.

"Leave all that lyrical shit up to me, I'm a savage that bang" "Bring all your Prada suits back to Lee Chang"

"Take all that autotune back to T-Pain"

"We already got Drake and we don't need another"

Tory replied with a subpar response on the same 'Litty' track, which had potential but didn't nearly live up to Joyner's first diss. Now in Joyner's response to this is where things get heated up and we start to see bodies hit the floor.

This second freestyle done over Kodaks Zeze beat is where the feud ended because there is just no coming back from this.

He uses Drake again in this freestyle claiming Tory is living under his shadow, failing to level up, and that Joyner has accomplished more in months, than Tory has in a decade. Other jabs include Tory Lanez almost signing with Justin Bieber, plagiarism, him not paying his writers, and how he associates himself with Biggie and Kendrick.

"And everything that you accomplished in some years about to take me just a couple months" "Don't you think I'm bluffing neither" "I thought you were tougher, eager (Damn)"

"You call yourself Tory after The Notorious Big. (Yeah)"

"Biggie turning in his grave when he hear yo' shit"

"Don't ever think that you could ever come compare yo' shit"

"Little girls and kids only ones who feel yo' shit"

"You ain't from Toronto, put that on the Bible"

"I put six hollows in your Ferragamo"

"Bitch I'm from New England, me and Brady in the El Dorado"

But while all of those plus more were entertaining and could of claimed Joyner the victory, where he showed no mercy was in the skit at the end of the track. Basically it is him acting as if he's Torys parent and Tory is a baby, with Joyner teaching him a lesson. It is too good to put into words so once again, have a listen for yourself and be the judge...

Alright, now that this beef is out of the way and more people are on the lookout for Joyner following this rap battle, the biggest thing to take from this dispute is what comes with it. Like I said, if you don't know him, buy now cause he's gonna become a household name.

Even if your not a fan of his current music be prepared, or if you think he's too old compared to other breakout artists in Hip/Hop, be prepared.

This guy will become a common name in the industry, but he just might also save it as well. Joyner Lucas can save rap, and it is clear cut by looking at his lyrical abilities, his flow, his style, attitude, song structure, and many other abilities that I'll show shortly.

But first, are you confused? How can someone save a genre thats surpassed all others in recent history, and appears as if its going to stay there?

Well it may be at its peak but could see an immediate downfall if it continues to go in the direction its going. The road this genre is going down is cringy to look at when you think about where its come from, and where it has been. We've gone from N.W.A. to the Wu-Tang Clan, Nas, The Notorious, Pac, Lil Wayne, Jay Z, Eminem, Kendrick to now train-wreaks in 6ix9ine and Lil pump to look forward too.

After all the the current icons of the generation are done, who will take over? Icons like Drake, Kanye, J cole, Kendrick, Eminem, Lil Wayne are either surpassing 35 in a few years or are already into their 40's. If we rely on on young stars like Lil pump, Tekashi, Lil Yachty and others... Rap is going to go down a steep hill in the years to come. 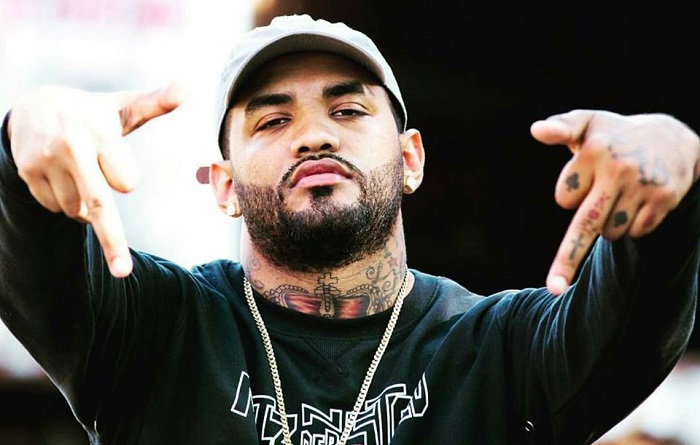 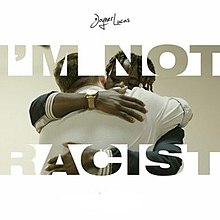 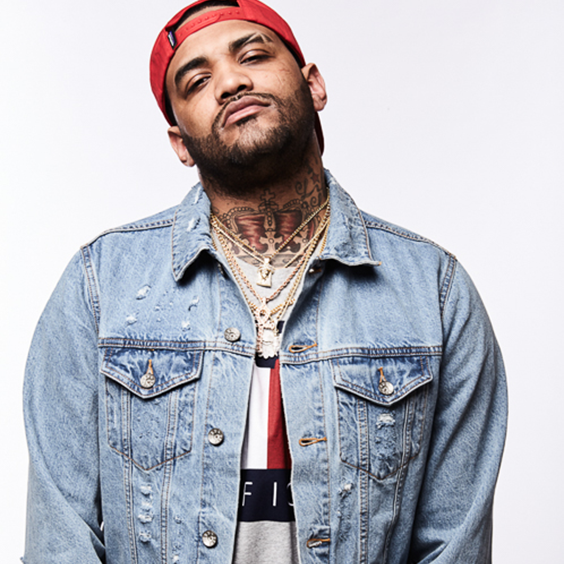 Joyner gets refereed to as a young version of Em because he’s the opposite of mumble rappers and can lyrically murder a track, or now as we just witnessed, even rappers that want his smoke.

Joyner extends his talents with music where he speaks about meaningful issues, and hard hitting modern day problems. The structure of some of his music is so unique and creative by painting a picture to us the difference between two opposite perspectives, each half of a song entailing the thought processes of each side.

Then, his ability to tie it together leaving you amazed with his lyrical talent, and ability to tell a story through rap in such a different way than people generally see. The structure of these songs in his album 508-507-2209, are so powerful and unique to the hip/hop industry, elevating him amongst his competition.

The whole song has so many meaningful messages which are summed up at the end of the music video in four basic sentences. His music like this along with songs such as 'I'm Sorry', 'Just Like You', 'Keep it 100', and others have the same idea of showing two opposite perspectives on crucial issues in society that people turn their heads to when they hear about it.

Joyner Lucas keeps things real and does not shy away from illustrating hard topics of conversation to the world through his songs. He drags you in as if he's telling you a story and leaves you at the end with some sort of emotional feeling to the message he is emphasizing

Give a listen to these songs and you'll see why Joyner is the real deal, especially I'm Not Racist.

He also roasts all young 'trappers' in his remixes (Gucci Gang Remix, Bank Account Remix) by poking fun at the lifestyles they live involving narcotics and striving to obtain exclusive brand name clothing. He reiterates the phrase 'Sober Minds' in some tracks completely contradicting the vibe of the genre, where rappers consistently include the use of drugs in their music.

When you think of this generations greats; Kanye, Kendrick, Eminem, Drake, J cole, they all have meaning in their music. They have albums and songs in their portfolios that evoke genuine meaning about events aside from partying and showing off the celebrity lifestyle.

Joyner is the next face of the industry, and he deserves to be, here are some of the best lines in his diss tracks to Tory Lanez:

"I'm looking down on you when you talk to me, you should grab you a ladder"

"You swung at me, only jabbed at my bladder"

"Maybe that weed you were smoking had you feeling confident"

"Let's have a real conversation (Boom)"

"Maybe that doctor put something inside of you head"

"When you got your new hairline replacement"

"I'ma do what Travis should've did a while ago (Woo)"

"I'ma do what Drake should've did a while ago"

"Throw your ass off a cliff, make you say 'Geronimo'" "Then you had one chance, now you slumped on (Duh)" "Go back in the booth, make another love song (Duh)" "What you gon' do when the fucking blunt's gone?" "'Cause I wanted all the smoke, I ain't even puff long (No)"

"Me and 6ix9ine had Trippie Redd bitch on the couch"

"Heard yo' grandma kicked you out the house screaming"

Tory, we don't fucking need you" "Why yo' daddy up and leave you? (Why)" "I guess this is how they fucking treat you"

"You roll up on me, catch a shot at ya Mercedes door"

"Okay, let's talk about you plagiarism that you hate to mention (Yeah)"

"Sound exactly like the Art of Peer Pressure, go take a listen"

"Sit down, you on punishment" "And don't get up until you see me" "And don't even think about touching that TV"

"No more video games, no more phone, no more 3D"

"No more radio or boombox for you weak ass CD" "Matter of fact, give me your chains back and everything I bought you" "You a disgrace to this family and everything I taught you" "I hate to say it son but you make me sick" "I should'a knew you weren't shit when you came out with a baby dick" "It's no wonder why you pay for pussy "Tory you think you slick" "All you do is lounge around the house all day like a lazy prick" "Shit, highly disappointed in you son, I need some answers"

"How come you couldn't follow in my steps and be a dancer?"

"Or maybe write a book like me or be somebody's grandpa"

"Instead you wanna be a fucking rapper with some hair plugs" "No more rapping, give me your pen and paper" "No more lying to the people on how you the biggest gangster" "Now hurry up and get your juicy out the refrigerator" "You going to bed at eight o'clock and not a minute later" "No, I don't wanna hear it" "No, let this be a lesson" "Close your mouth and go into your room like I suggested" "I'm a get real Joe Jackson in a second"

"Matter of fact, give me your toys, I'm adding that to the collection"

Man on a Quest